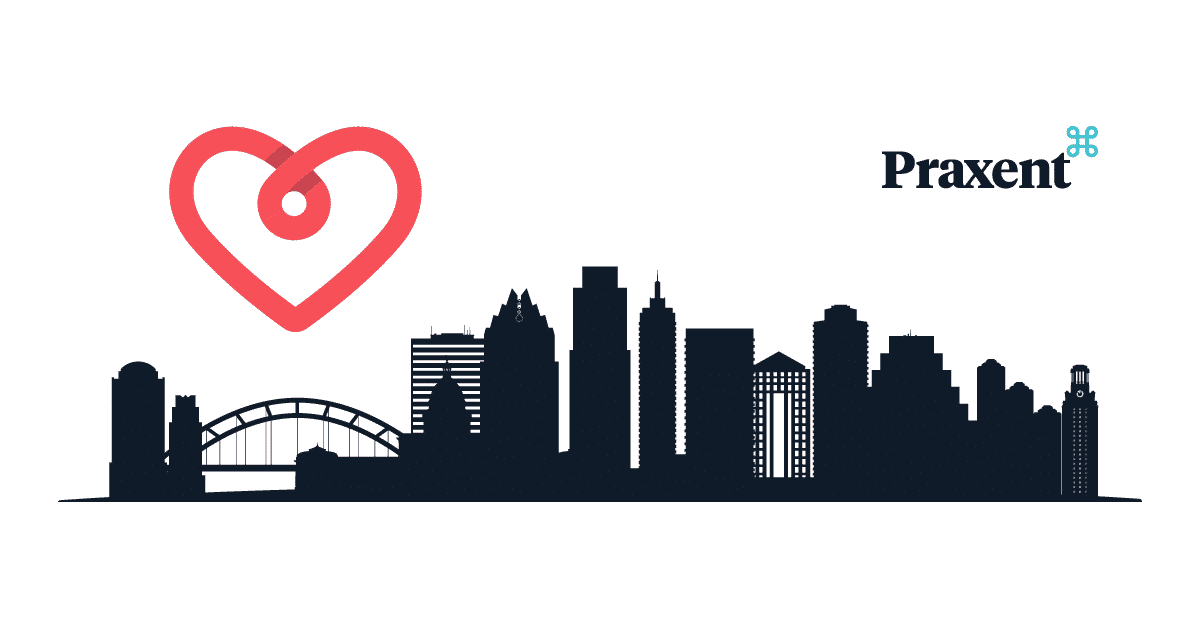 We collected over 100 responses to three survey questions on Twitter to uncover exactly what makes Austin so attractive to the many designers who choose this city for daily life, work and creative inspiration.

Austin has tons to offer designers eager to improve their craft and develop professionally. But what really draws top design talent to this city and keeps them here? Opportunity? Networking? Events that serve as hubs for new ideas and learning? Creative brands and trendy hangouts on every corner?

While all of those aspects of the city make Austin a design haven, our survey revealed that a positive social network of designers, combined with an abundance of inspiration are the top draws to live and work as a designer in Austin.

Several other aspects of the city appear to have a draw as well. Here’s what the community had to say on Twitter:

Most Loved Design-Related Events in Austin

We asked designers on Twitter: What is your favorite design-related event in Austin? Results revealed Austin Design Week as a top choice, with the Fresh2Design Meetups and the East and West Austin Studio Tours tying for second place.

About Austin Design Week
Check out hundreds of locally led workshops, studio tours, presentations and more during Austin Design Week each year in November. Experts from all over Austin offer educational and innovative sessions on everything from visual, interactive, mobile and web design, to product, industrial, civic, fashion and architectural design.

About fresh2design Meetups
A growing group, currently over 2,500 strong, fresh2design is the place to be for community-led storytelling events, happy hours and workshops. The group offers multiple events a month with the freshest ideas in the city.

Favorite Austin Design Events: Honorable Mentions
These local events were also called out among the favorites:

Designers weighed in with their thoughts on what makes the Austin design scene so attractive. The top reason was a tie: 31% of respondents said their favorite aspect is the positive and inclusive social environment, while 31% of other voters said the hip, cool vibes make Austin a design destination. 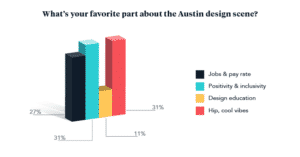 >> Confused by all the different types of designers? Read 8 Designer Job Titles & Why They Shouldn’t Matter Much in Your Search for Talent.

Austin offers more than just a fun, creative atmosphere and excellent networking, it’s also an environment that actually challenges and shapes the creatives who work here.

We asked designers, “What about Austin has had the greatest impact on you as a designer?” 61% responded that the inspiring environment has had the most significant effect on them. The intense competition for the best design jobs and the high standards set by the design industry in Austin was voted the second-most impactful characteristic of the city. 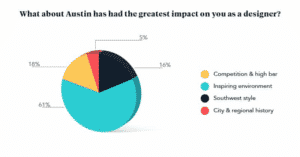 Fresh and upbeat design-related events, a positive and inclusive community, ample opportunities to learn from the best, constant creativity that inspires and challenges designers to grow and innovate, and a plentiful array of high-paying design jobs make Austin a much-loved city by some of the nations best designers.

Perhaps the amount of amazing design talent in Austin has a culminating effect. As more designers move to Austin, the creativity, inspiration and innovation builds on itself, leading to even more fresh ideas and refined skills. Each time the bar is raised, it challenges the competition to outperform itself again and again.

The result is a vibrant, never-dull city of free thinkers and beautiful sidewalks. Welcome to Austin.