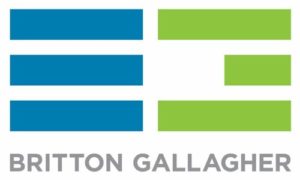 Is ADA Website accessibility litigation the new fertile ground for plaintiff bar…..read on if you have a strong constitution!

According to a recent post on ADA Title III News and Insights blog, the number of federal lawsuits alleging inaccessible websites continued to increase. These website accessibility lawsuits “have become big business” for a number of plaintiffs’ law firms.

At the time of the post referenced above, there were 244 lawsuits filed alleging that individuals with disabilities are being denied access to a business’s goods and services due to its allegedly inaccessible website. More than half of these lawsuits were filed against companies in the retail sector followed by those in the restaurant industry. The other lawsuits have been filed against companies in a wide range of other businesses.

The blog post further notes that several law firms supposedly representing unnamed clients with disabilities have sent out hundreds of demand letters to various businesses alleging that the company’s websites were inaccessible in violation of the ADA. The post noted further “the most recent batch of demand letters is focused on websites of community banks around the country.”

The particular threat to community banks is further detailed in a September 23, 2016 post on the Community Bankers of Iowa website. According to the Iowa Bankers’ blog post, a Pittsburgh-based plaintiffs firm that has previously targeted community banks on accessibility issues has sent letters to community banks threatening litigation and alleging that the banks’ websites “do not comply with the ADA because they allegedly are not accessible by disabled patrons.”

These kinds of cases could represent a substantial litigation exposure for companies involved, as well as for their EPL insurers. The possibility of this type of lawsuit includes not only the risk of damages awards but also includes the costs of defense, as well as the possibility of an award of the claimants’ attorneys’ fees.

As the ADA Title III blog post notes, there still are no proposed regulations for public accommodations from the Department of Justice, and with the change in administration ahead it is possible that the rulemaking process could be delayed even further. According, as the blog post notes, “the need is no less urgent for businesses to come up with a plan to mitigate their litigation exposure in this tumultuous environment.” The need for businesses to address website accessibility concerns and the possible steps that companies can take are further detailed in a post on the Hunton Employment & Labor Law Perspectives blog.