The Definitive Guide to Hiring Bias and How to Eliminate It 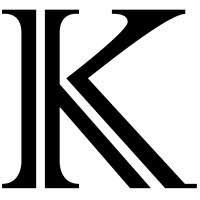 Research proves that, despite confidence in our hiring practices, we are subject to elusive unconscious bias in hiring that costs us talent, time, and money.

The unfortunate fact is, your intuition is not adequate, no matter how long you have been making hiring decisions. Relying on your gut is often the greatest obstacle between organizations and game-changing talent. Even with expertise and years of experience, human judgment is invariably subjective.

There is an abundance of research showing that even those who try to remain impartial in hiring are vulnerable to biases that interfere with singling out the best candidate. The traditional hiring approach obscures the people we’re searching for and hiring the wrong people limits organizations’ success when the right people dramatically outperform the wrong ones.

There is a lot to learn about unconscious biases, the various ways our minds mislead us during the decision-making process.

Learning about the eight biases in hiring and how to eliminate them is the first step towards understanding why new, data-driven methods are superior in determining candidates’ value.

What Is the Definition of Hiring Bias?

Hiring bias stems from cognitive bias, or mental errors in processing information. Sometimes these errors arise from memories and experiences inaccurately shaping perceptions of reality. Biases also result from our brains’ unconscious tendencies to pay disproportionate attention to certain details while overlooking others.

Conventional hiring practices are rife with bias. We are so accustomed to placing significance on factors that do not demonstrably correlate with job success, that we may not realize when our thought processes embody bias. This creates a high risk of missing out on the best salespeople because our brains automatically operate on assumptions, stereotypes, and emotional responses that distract from the variable that matters most: job performance potential.

What’s the Benefit of Eliminating Bias In Hiring?

Even hiring biases that seem innocuous at face value unfairly jeopardize diversity on basis of race, gender, appearance, and personality.

In a competitive marketplace, organizations cannot afford to miss out on ideal candidates due to bias. To eliminate hiring bias is to eliminate the opportunity for irrelevant details, no matter how subtle, to impede the pursuit of first-rate talent. More objective hiring techniques result in more exceptional hires.

Bias One: The Halo Effect

In short, the halo effect means someone is impressive. We might revel in someone’s looks, a competitive school or workplace on the resume, or a charismatic personality. We want to believe this person has the skills we need, even if they don’t.

Affinity bias is normal and healthy outside the workplace. It just means we like people with whom we have things in common. We want to feel friendly with people at work, but components such as sharing an alma mater, similarities in family, hometown, language, interests, and appearance certainly do not indicate job skills.

Confirmation bias happens when we draw hasty conclusions then seek out information that fits our predetermined narratives. During hiring, distinct details lead to faulty interpretations, overestimating or underestimating someone’s competence.

Conformity bias is a complex social function influencing people to hold or appear to hold popular opinions to fit in. We want to feel correct and accepted, so workplace hierarchies and groupthink make it hard to discern factually advantageous hiring decisions from mere peer pressure.

Fundamental attribution error applies the tiny fraction of available information to our understanding of someone’s entire nature. Appearances are deceiving, and nothing occurs in a vacuum. Consequently, academic success on paper doesn’t account for the comparative ease or difficulty of environments. Interviews and resumes never provide full context, so it’s unwise to judge a book by the proverbial cover.

Humans being emotional creatures, they tend to fall prey to the affect heuristic bias, causing feelings to override critical thinking. Positive and negative emotional states alike easily color our reactions to people, overshadowing their strengths or weaknesses in reality.

Illusory correlation is the tendency to congeal past experience into misconceptions about which aspects predict job performance. It precipitates bizarre and off-base interview questions. A dangerous component of race and gender stereotyping (among others), implicit bias training is statistically not enough to prevent it.

The interview process ubiquitously places massive emphasis on first impressions. The famously memorable quality of first impressions is actually a manifestation of primacy bias. Similarly, memories of experiences’ conclusions are uniquely enduring with the recency effect at work. The primacy and recency effects disadvantage candidates who don’t come first or last and sneakily circumvent the middle portions of individual interviews.

Four Steps to Reduce Bias In Interviews and Hiring:

De-emphasize and postpone the resume.

Resume screenings are notorious epicenters of hiring bias. The demographic, academic, and work-history information might seem like effective gauges of success… and that’s what makes them so deceptive. Reviewing resumes last is imperative for employers who wish to overcome implicit bias and gender bias in hiring.

Developing a sound, standardized metric to evaluate potential hires is essential. Systematize interviewing to avoid bias-prone information in favor of the true hallmarks of successful employees-how they think, work and solve problems.

Expediting favorites is a glaringly biased way to exacerbate shortcomings in racial and gender diversity in particular. If anything, shortlists should consist of bona fide best performers.

We’ve perfected the proven scientific mechanisms for analyzing and improving hiring choices. PerceptionPredict takes the deeply flawed stereotyping and guesswork out of hiring, and offers purely objective, data-driven assessment of individuals’ likelihood to flourish in your organization.

Hire Top Salespeople With PerceptionPredict
Book a demo to find out how PerceptionPredict can direct your focus to the high-caliber sales hires who have what it takes. Contact us at info@kinseymgmt.com