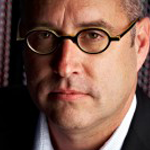 The Policy Coalition began 2017 with a continued focus on strategic introductions to the Austin tech ecosystem for out of market policy influencers and a new dialog with the City on the innovation community’s role in the development of policies that impact Austin’s reputation as an innovation-forward city. .

In a meeting with US Rep. Beto O’Rourke (D-El Paso), the Coalition explored the market components necessary to develop a national new economy template leveraging El Paso’s large veteran population and the Congressman’s roles on the House Committees on Armed Services and Veterans Affairs. Joined by Moonshots Capital, Bunker Labs, and ATC Board and Policy Coalition members, the group explored existing inclusion models in Austin and San Antonio. The Congressman is taking those models back to El Paso and Washington for further consideration. We also got a few best practice takeaways from the Congressman on engaging at the municipal level from his time as an entrepreneur and member of the El Paso City Council.

Austin City Council Member Leslie Pool (District 7) and Kerry O’Connor, the city’s Chief Innovation Officer, hosted the Policy Coalition at City Hall to explore the new City Council Committee structure and what avenues it provides for new economy advocates to provide input to Council and city staff. While there is no clearly defined institutional path (which implies a district by district approach), CM Pool reiterated the need for – and Council interest in – a substantive and sustained dialog with the tech community following the last election cycle.

O’Connor introduced the City’s Smart City Roadmap (proposed by CM Kitchen) which holds the possibility of a number of engagement ops for subject matter experts and/or engaged citizens. Still in its early stages, we’ll continue working with City Hall to determine efficient pathways to support the development of policies and procedure that positively impact Austin’s innovation reputation.

ALSO. Since the inaugural, Austinites have chosen – several times and in several ways – to join the national outcry against policies and politics that are perceived as discriminatory, punitive, or overtly focused on hurting (or helping) discrete minorities. On the positive side, Austin’s hard earned reputation as a laissez-faire political community has been sorely tested. This Thursday, during the weekly City Council meeting, national immigration policy continued to energize Austin’s rapidly evolving activist community, eroding Council decorum but allowing Austin to reiterate its long held aspiration to be a truly inclusive community. It will be interesting to see how these ripples from national activity will impact sustained engagement on Austin-specific (and as yet less volatile) issues like CodeNEXT.