Lessons from the Smart Cities Competition 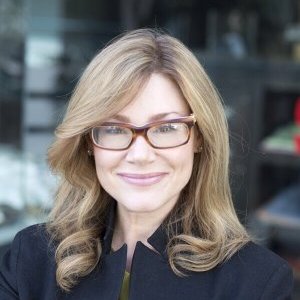 I want to tell you a story about Austin’s journey along the smart cities road.

Late last winter, the Obama administration announced a U.S. Department of Transportation Smart Cities competition. The prize was $50 million put up by the U.S. DOT and Vulcan Ventures, to be applied to starting the process of transforming our metropolitan area transportation systems in a way that would benefit all residents, solve existing traffic and transportation problems, address clean air and land issues, and could be a transportation model for the future that might be pushed out to other cities across the country.

I would argue that there was an even bigger potential win here. That relatively paltry $50 million in prize money would no doubt attract subsequent hundreds of millions–potentially billions–of dollars in private investment around autonomous vehicles, smart transportation, and other solutions that would be invested in the region of the city that won this competition.

Now, if you’re a proud Austinite, you would look at what we’ve got going on here: we have a great tech community, we have innovative thought leaders, as a community we have a deep desire to solve the various social issues that plague us; we have, as you have experienced the last few days, a wicked traffic and public transportation problem that we are all anxious to solve for, a politically progressive City Hall, an exceptionally thoughtful Chief Innovation Officer at the City, Google self driving cars were already cruising the streets of parts of our city, and our deep history in what I like to call the guts and plumbing of the tech industry make us the perfect fit for figuring out and building technology solutions for smart cities.

78 cities entered the competition. Austin was one of the seven finalists, along with Pittsburgh, Portland, Denver, Columbus, Kansas City, and San Francisco. If you lived in Austin, you looked at that list and you thought, our only real competition is San Francisco. Right. Well, we lost. Columbus won. Columbus.

They won because that city has an unprecedented history of collaboration between city government, higher education, social service organizations, philanthropy, and private enterprise. Even before the competition was over, they had secured commitments from private enterprise to add money to the prize winnings in order to up the ante in terms of what could be done in Columbus to solve their city’s transportation problems.

At one point, The Austin group was even talking about the smart phone being the device of the future. Now for everyone in this room who is a technologist, and probably for everyone in this room who just uses a smart phone on a daily basis, you know that the smart phone was the device of the future 20 years ago. What we really needed to be talking about on the technology side is how the Internet of things, big data, Bluetooth and similar near and mid range technologies, smaller wearable devices, and the communication between all of these, need to come together in order to create a network of systems that work in harmony to literally and figuratively move people of all income levels forward.

What we needed on the thought leadership side was to have the big leaders in private industry technology innovation at the table formulating Austin’s plan. Because committed technology thought leaders can affect remarkable and remarkably quick change when called to duty to solve problems. A great example of this is Andy Tryba, CEO and founder of Crossover and Co-Founder of Ride Austin.

Andy lead a team of folks who stepped up to the plate to create Ride Austin when we lost Uber and Lyft last May. Now, Ride Austin isn’t perfect yet, and as you know we had an outage last night, but they fixed the problem quickly, and Andy publicly handled it with great honesty and decency. It’s this sort of innovative thinking, quick response, and care for the community that is the hallmark of Austin’s tech leaders, and this is why they need to be engaged in creating soution

So, as a nonprofit trade industry association, what is ATC’s role in all this? Well, after the Uber and Lyft debacle of last May, we founded a Policy Coalition. We stocked it with some of the most thoughtful technology leaders in town as well as critical community leaders in the co-working and incubation space. We set about building a great relationship with City Council. And we are still working on that; there are some bruises from City Council’s last go around with tech, and we are collectively working to build bridges and trust.

But it is only together that we can only move Austin forward. And that, above anything else, is the role that a technology industry association should fill in a community. Collaborating all of the right partners together to create solutions, and to ensure that tech has a seat at the table, not just because we deserve it, but because we can provide critical, forward-thinking innovative thought leadership.

We should be, and at ATC we are, thinking about the future vision and strategy for Austin’s tech ecosystem, and how that coordinates with the overall strategy for Austin moving forward. Bringing the right leaders to the table, not just from tech and City Hall, but from other parts of private industry, philanthropy, social services, and higher education. It’s a great lesson we learning from the city of Columbus, and that’s the journey that we are embarking on at ATC this year.