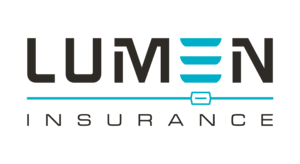 Since it is December and many of you will be watching movies over the holiday break, I thought it might be fun to comment on two of my favorite characters related to insurance in the movies. In this month’s blog, find out why I like Reuben Feffer from Along Came Polly and Bob Parr from The Incredibles.

This is not the first time I have blogged about Reuben Feffer (played by Ben Stiller), the paranoid insurance professional with OCD (and IBS) from Along Came Polly. In the movie, he meets a spacey young woman named Polly (played by Jennifer Anniston), which highlights how Reuben’s risk aversion has spilled over to his personal life.

Risk Aversion vs Opportunity
I love Reuben’s character because my chosen profession is full of risk aversion.  Risk aversion can be good from an insurance perspective, but it can also hold us back from growth or opportunity when not managed properly.

Three years ago I was at the helm of a big decision:  Do I go work for a large established insurance agency or do the opposite and build something from scratch. With the average age of the industry rising above 55, agency consolidation, and a tsunami of insuretech companies coming our way, I was challenged to rethink what is safe in the insurance business. Fortunately, I did not let risk aversion hold me back from doing something special. I would encourage all insurance professionals to rethink what is safe from time to time and ask if risk aversion is holding you back from something special.

My decision to start Lumen and focus on tech startups has also allowed me to work with some of the boldest entrepreneurs the tech community Austin has ever seen. My clients truly are the ‘Man in the Arena’ as Teddy Roosevelt’s famous speech calls them. It has been rewarding for me both professionally and personally to be around these founders and be asked to help protect these companies, their board and their investors. At the end of the movie, Reuben takes some calculated risks in his professional and personal life to find something special.

In the Pixar animated movie, The Incredibles, Bob Parr was a crime fighting super hero named Mr. Incredible. As the Supers became subject to public scrutiny and the American justice system, they were no longer allowed to fight crime. The movie picks up fifteen years after Mr. Incredible was in his prime. Bob had moved to the burbs with his family and is miserable in his cubicle at Insuricare where he is also encouraged by his boss to not help his clients.

I love Bob’s character because at his core he wanted to help people. Whether it was as a masked super hero or an insurance claims adjuster, his heart wanted to help people. This should be a common thread for anyone in the insurance business and is certainly at the core of what I do at Lumen. Fortunately, I get to ‘Go save the world one policy at a time’ as Bob’s wife (Elastigirl) tells him on the phone.

I also love how miserable they make Bob look in the cubicle. The picture above shows him looking tired and defeated with his shoulders slumped forward. For the record, not all insurance jobs are boring.

Perhaps it is because I support the tech community or have gotten involved with the InsureTech ATX Meetup, but the old school culture of yesterday is fizzling out rapidly. More and more companies in the insurance space are changing for the better. These companies have the opportunity to be Insurance Superheroes and be more like Mr. Incredible rather than Bob Parr at Insuricare.

Check us out on the web at www.lumeninsure.com to find more blog topics, general info,  or to get help with finding coverage. Email us at info@lumeninsure.com if you would like to suggest a topic for future blogs.