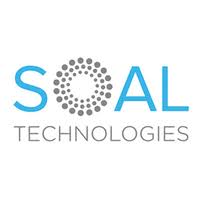 Austin. The Live Music Capital of the World. A city known for its slogan, “Keep Austin Weird.” Soon, the slogan will have to change to, “Keep Austin Wired.” It was announced in April that the United States Census Bureau declared that Austin is the nation’s fastest growing major metropolitan area in the country. This is majorly due to all of the techies moving to Austin from California cities like San Francisco in order to work at the new Austin secondary branches and company relocations. This fact, understandably, worries locals.

Austin has generally been known as one of the more affordable places to live, but recently, Austin has been declared the twelfth most expensive city to move to in the United States with the average total moving cost being $4,154. Austin’s median home value is $368,600 according to Zillow . This price has gone up 6.5% in the last year and predictions say that it will continue to rise another 3.4% in the year to come. Although this price is substantially less than the real estate monster that is San Francisco. There, median home value is $1,357,500. So locals can rest assured that Austin has a bit of time until it becomes the next San Fran.

Austin can still be considered a relatively affordable place to live. Housing prices are going up mostly due to the influx of tech companies moving to Austin, but the cost of living in Austin is still 3% less than the national average.

If you are worried about beating the cost of living in Austin, here are some things that you can do to adapt:

Live a car-free lifestyle. Ditching the car in preference to public transportation, biking or carpooling can be a great way to save money. This will save you money not only in car payments, but also repairs, parking tickets, insurance and fluctuating gas prices. Living without a car will also decrease the temptation of eating out, going out or shopping. Buy second-hand clothing. Second-hand shops in Austin like Plato’s Closet and Uptown Cheapskate are great places to find trendy, quality clothing for more than half the price of retail. Think about all of the clothes you could buy and still save!
Keep a finance journal. By having a track of your categorized expenses, you can physically see where your money is going. Track your month’s purchases and at the end of the month, look over them to decide what you can eliminate in order to save money.