Lead and Disrupt: How To Solve The Innovators Dilemma
Innovation during times of change is a challenge, even for successful firms. In the book Lead and Disrupt, the authors charge that failure to innovate in the face of change is the fault of leadership style rather than strategy.

The dinner is designed for senior executive leadership in engineering and product development, as well as CEOs. 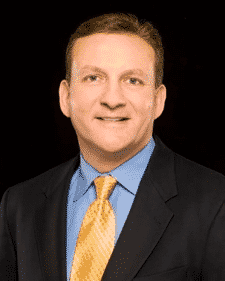 Ray Wolf is SVP Innovation and Architecture for Lumeris, where he is a member of the senior executive team and leads the development of new enterprise products to enhance Lumeris’ ability to provide top-rated population health management services for its partners. A technology industry veteran with nearly three decades of transformational business expertise, Wolf previously served as COO with Redirect Health, where he provided oversight on all aspects of the organization’s business operations, innovation strategies and financial growth. Prior to that, Wolf served as president of OpenSymmetry, where he guided the company to a cloud-based system, restored profitability globally and expanded the partner ecosystem. His career also features leadership roles with leading organizations, including Green Integrated Services, Brocade, Dell and United Technologies.

Wolf holds a Master of Business Administration in finance with a concentration in technology innovation from Rensselaer Polytechnic Institute, and a Bachelor of Engineering in mechanical engineering from State University of New York at Stony Brook. He has also completed executive education programs at both Harvard Business School and Stanford Graduate School of Business. Wolf holds numerous professional affiliations, including the American Society of Mechanical Engineers, the Austin Technology Council, National Association of Corporate Directors, Association for Corporate Growth, and is past chairman of the Austin Chamber CEO Peer Advisory Program. 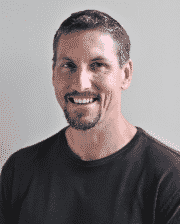 Alan is a successful serial entrepreneur with multiple exits over a 15-year period to companies including Cisco Systems (NASDAQ: CSCO), Level 3 Communications (NASDAQ: LVLT) and Internet Security Systems (now NYSE: IBM). He was a 2014 Finalist for the Ernst and Young Entrepreneur Of The Year Award for Central Texas and has been a Founder, Executive, Angel Investor and Fund Manager throughout his career in the private sector after serving in the United States Army as an Airborne, Air Assault and Ranger qualified Captain in the Corps of Engineers.

A mobile and multiscreen industry expert, Alan is frequently quoted in trade publications, serves as a panelist at industry events and writes for the Wall Street Journal’s Accelerators Blog.

Previously, Alan was President of Alternative Investments for Curo Capital LLC and Managing Director for Trymetris Capital Management LLC, Co-Founder and Director of Telverse Communications (acquired by Level 3 Communications). Prior to this, Alan was Co-Founder, President and Chief Executive Officer of the Vovida Networks and led the company from conception acquisition by Cisco. 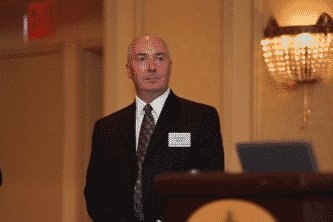 Liam Quinn has been with Dell since 1997 and is Chief Technology Officer for the Dell Client Business. In this role, he is responsible for leading the development of the overall technology strategy across the Client Solutions Business unit. Key areas of focus and research include, Converged mobility, Digital & Workforce Transformation, security & Manageability, IoT and xR with specific applications of augmented and virtual reality in areas of remote maintenance, gaming and 3D applications.

Mr. Quinn holds has over 100 US, International granted and pending patents, and is a published Author on Networking. He was named Dell Inventor of the year in 2005, 2007 and 2014. He was an Associate Professor of Engineering at the Dublin Institute of Technology, the University of Texas Austin, and Texas State University. He is a frequent speaker at Wi-Fi and Networking Forums and also represents Dell on the boards of the Wi-Fi Alliance, and The Open Fog Consortium. Mr. Quinn has designed network systems and wireless solutions and has managed Engineering teams in systems architecture and product development. Mr. Quinn serves on the Engineering Advisory Board of the University of Texas Cockrell School of Engineering and the Texas State Ingram School of Engineering. 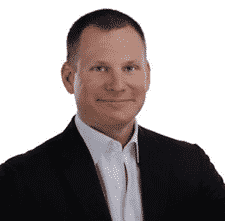 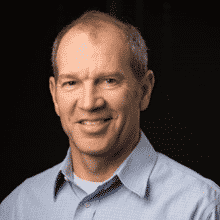 Marc joined Alert Logic in 2016 in the role of Chief Strategy Officer. In this role, he is responsible for the company strategy with regards to target market and security products and services. Marc is a seasoned veteran and entrepreneur in the cyber security industry. Prior to Alert Logic, he served as founder and CEO of Click Security, a pioneer in the security analytics market. Prior to Click Security, he served as CTO of 3Com where he was responsible for product management and development of the company’s security, voice and networking business units.

He joined 3Com from TippingPoint, the market leader and pioneer in the Intrusion Prevention System market, where he served as CTO and co-founder. Prior to TippingPoint, Marc was a manager in the Research Division of IBM. He holds a PhD in Electrical Engineering from Cornell University and has authored over 50 publications and holds 24 patents.

The Tesla showroom is located near Mac Cosmetics and Peter Millar.
Parking is most convenient at the Green Parking Garage behind Tiffany & Co, directly across from Neiman Marcus.
-this event has limited seating-
Register HereThank You To Our Sponsors For This Event