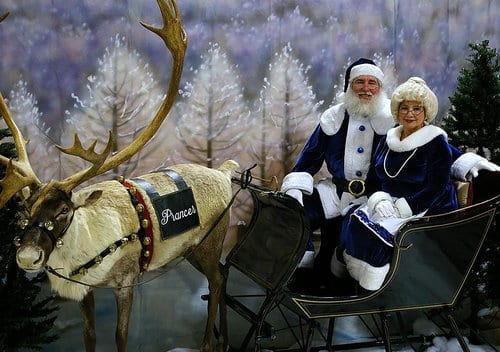 As most you may know that Austin Police Operation Blue Santa provides toys and food for families in need during the Holiday Season. They achieve this goal with the goodwill and support of Austin residents, businesses, and civic groups and through generous contributions; they provide families with a full holiday meal and toys for each child up to the age of 14. Each year the Saturday before Christmas, packages are delivered to the family by our volunteers – Santa’s Helpers making it the most wonderful time of the year for families that would otherwise not receive anything during the holidays.

For those of you who are not familiar with Austin Police Operation Blue Santa, it is a 501(c)(3) – non-profit, community based corporation, governed by a board of directors and staffed by volunteers and employees of the Austin Police Department. Support is provided by the Austin Police Department, Austin Fire Department, and Austin Energy, Austin Water Utilities and the Texas National Guard, area businesses, organizations, and the Central Texas community. This charitable outreach began in 1972 when two patrol officers realized that some families on the patrol beat would not have gifts or food for their children.

This year Austin Police Operation Blue Santa is scheduled to serve over 4,600 families in the Austin area and over 20 thousand children. And one of the ways that we receive donations for the toys we buy is thought our largest sponsored event: The KOKE Breakfast and Silent Auction which is held at the Palmer Events Center on Saturday, December 2nd, 2016 from 6:00 a.m. – 10:00 am. Everyone is invited to come by and browse through the many items in the silent auction and shop for Christmas presents and come by and have breakfast on us!

Another very popular way that we get toys for the children we serve is through the generous contributions that are received at the annual Chuy’s Parade the Saturday after Thanksgiving.

The parade this year is scheduled for Saturday, November 26th, 2016, at 11:00 am. (It’s approximately 1 hour long). It starts at the Capitol at 11th and Congress, moving south on Congress all the way to Cesar Chavez, ending just north of the bridge.

This is one of the most generous parades in the Austin Travis County area benefiting Austin Police Operation Blue Santa. Families with children can bring New, Unwrapped Toys to Donate! At a designated time during the Parade Procession all units will stop to collect the toys. Santa’s Helpers will line the parade route and help spectators give their toy. All toys will be distributed by the Austin Police Operation Blue Santa Program to another child just in time for the holidays.

Some of the Highlights of the parade include the Giant inflatable balloons, festive holiday floats, famous children’s characters, spectacular marching bands, cool classic cars and Santa!  Should you have any questions concerning how you can get involved, or if you are interested in putting together a large event or doing a fundraiser on behalf of Austin Police Operation Blue Santa for the collection of toys and/or monetary donations, please do not hesitate to contact us at bluesanta.org We would like to thank you in advance for assisting us with helping to make it possible to service the children of our community in need.
Thank You!